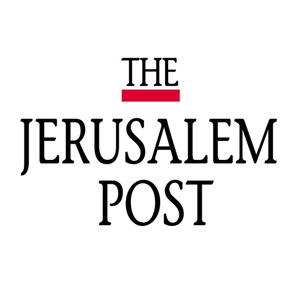 If Keren Pesach were an animal, she would most likely be a butterfly. Not because she is frail or illusive but because, like a butterfly, her heart seems to spread out across her entire body.

To watch her dance is to see the full command of one’s soul through movement, with pure intention extending from eyelash to fingertip.

This week, Pesach will perform in Tiempo de Mariposa (Time of the Butterfly) with the Remangar Flamenco Company at the Suzanne Dellal Center in Tel Aviv.

The production is the newest for the company, having premiered in late summer. Pesach and her husband, Avner, who chips in as a musician and key performer in all the troupe’s productions, run Remangar. The company was founded in 2006, shortly after the couple returned from many years Andalusia, the flamenco capital of the world.

Keren and Avner, two Israelis drawn by the steamy music and entrancing rhythms of Spain, met there many years ago. In the hallway of a dance studio in Madrid, they crossed paths and unknowingly embarked upon a journey that would enrich the cultural life of their home country.

After months of study and performance based in Madrid, the two made their way to the home of the famed Farruca family in Andalusia. Avner, driven by his need to learn the secrets of flamenco from an authentic source, waited and negotiated for hours with the head of the Gypsy household. In the end, Avner managed to convince the Farrucas to take the two under their wing.

Not long after, the couple was asked to join Farruquitos, the touring company of the family.

When the leader of the Farruca clan died a year later, the Pesachs stepped in to manage the very school they had struggled to get into.

Then, after the birth of their first child, the Pesachs decided to return to Israel. At first, they set up shop in Kibbutz Ramat Rahel near Jerusalem, establishing a flamenco school. There, interested students could learn to dance and play music in the traditional Spanish style. What began with eight pupils blossomed into a strong pack of dancers and musicians, who eventually formed the seed of Remangar.

The company’s past productions have toured Israel, offering audiences a look at true flamenco innovation. Tiempo de Mariposa follows in a line of thrilling, engaging performances that are both emotional and entertaining.

Prior to their summer premiere, Keren explained that the inspiration for this piece emerged from her feeling of being stretched too thin. Now, a mother of two and head of a thriving school and an active performer, Keren divulged that she had lost her sense of self. Tiempo de Mariposa was made as an exploration of the return to her true nature, her passion and her inner quiet. “How many times have we pushed aside the ‘I’ and given in to the race against time?” she said.

Joining Keren on stage in this production are four dancers from Remangar, five musicians, singers and guest performer Michal Adler- Gronich. Adler is a well-known harmonica soloist whose talents have been seen with the Israel Camerata Orchestra, Shlomo Gronich and the Sheba Talents.

Together, the cast of Tiempo de Mariposa breathes as one unit, with seamless transitions and flawless timing.